Let us hope that discussions about global warming can be more like the debates between those two brothers than between those who absolutely, completely agree with Paul Krugman, who wrote in his New York Times column in June, ‘Betraying the Planet” that “as I watched the deniers make their arguments, I couldn’t help thinking that I was watching a form of treason—treason against the planet.’ and those who absolutely, completely disagree with him. How about a little agnosticism in our scientific assertions—and even, as with Richard Feynman, a little sense of humor so that we can laugh at our errors and move on? We should all remember that Feynman also said, “If you think that science is certain—well that’s just an error on your part.”

Daniel B. Botkin, president of the Center for the Study of the Environment and professor emeritus at the University of California, Santa Barbara, is the author of the forthcoming “Discordant Harmonies: Ecology in a Changing World”

Freezing temperatures in the U.S. Northeast have pushed up heating costs, creating serious stress for many Americans. Although the rich world’s energy poor are largely forgotten in discussions about climate policies, they bear an unfair burden for well-meaning proposals. That reality is being laid bare this icy winter as energy and electricity prices surge.

When we think about energy poverty, we imagine a lack of light in the world’s worst-off nations, where more than one billion people still lack electricity. This is a huge challenge that the world can hope to address as it reduces poverty and expands access to grid electricity, largely powered by fossil fuels.

But there is a less visible form of energy poverty that affects even the world’s richest country. Economists consider households energy poor if they spend 10% of their income to cover energy costs. A recent report from the International Energy Agency shows that more than 30 million Americans live in households that are energy poor—a number that is significantly increased by climate policies that require Americans to consume expensive green energy from subsidized solar panels and wind turbines.

Last year, for the first time, the International Energy Agency tried to calculate the global scale of this problem. The IEA estimates that in the world’s rich countries—those that are members of the Organization for Economic Cooperation and Development—200 million people are in energy poverty. That includes 1 in 10 Americans, although the IEA notes that the highest estimates for the U.S. approach 1 in 4. 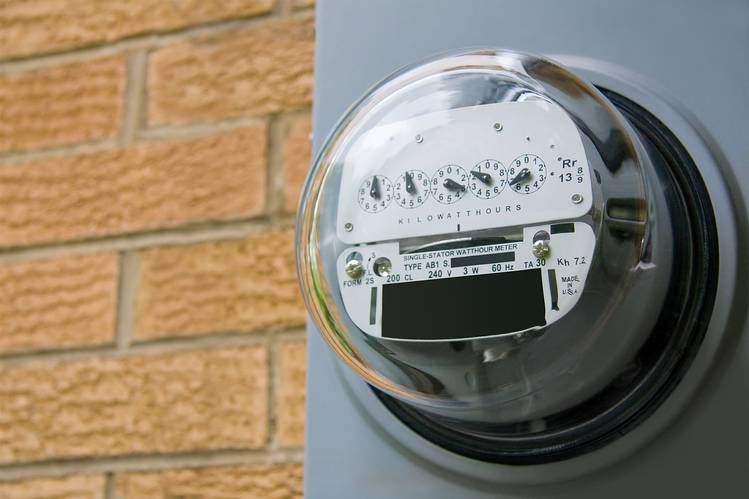 People of modest means spend a significantly higher share of their income paying for their energy needs. One careful study of energy usage in North Carolina found that a lower-income family might spend more than 20% of its income on energy. Among people with incomes below 50% of the federal poverty line, energy costs regularly consumed more than a third of their budgets.

Europe, where renewable subsidies are about three times as high as in the U.S., provides a window into America’s possible energy future. Higher costs from policies like stringent emissions caps and onerous renewable-energy targets make it even harder for the poorest citizens to afford gas and electricity. In Germany, more than 30% of the population spends at least one-tenth of income on energy. Some estimates show that half of Greeks are in energy poverty, according to the IEA.

Calls for government to take ever stronger action on climate change can seem like selfless appeals to democracy and shared responsibility: The gist is that everyone should carry the burden and pay more. But that isn’t what happens. Policies aimed at addressing climate change can easily end up punishing the poor.

Around the world, subsidies to homeowners for erecting solar panels or installing insulation overwhelmingly go to the better-off. When the costs jump for electricity, heating a home, or filling up a car, the people most affected are those already struggling. Think of a retiree living in a chilly house or a minimum-wage worker driving to work every day.

In the U.K., the cost of electricity has increased by 36% in real terms since 2006, while the average income has risen only 4%. Environmentalists point out that energy usage has fallen as a result. But they ignore the fact that the poorest households cut back their consumption much more than average, while the richest have not reduced electricity consumption at all. Meanwhile, the share of income the bottom tenth of Britons spend on energy has increased rapidly, to almost 10%, while the share of income spent by the top tenth is still under 3%.

One 2014 poll shows that one-third of British elderly people leave at least part of their homes cold, and two-thirds wear extra layers of clothing, because of high energy costs. According to a report in the Independent, 15,000 people in the U.K. died in the winter of 2014-15 because they couldn’t afford to heat their homes properly.

Climate change is a real challenge for every country, but we need to maintain some perspective. The United Nations’ climate-change panel estimates that global warming could cause damage amounting to 2% of global gross domestic product toward the end of the century. That makes it a problem, but not the Armageddon produced by some feverish imaginations.

The best macroeconomic estimates suggest that meeting the energy commitments reflected in the Paris Agreement on climate change would cost the world about $1 trillion a year in slower growth and higher energy prices. When environmental campaigners claim that more draconian cuts are needed, they aren’t thinking of the people who will be most affected by sharply increasing energy bills.

Instead of trying to slow growth, governments should accelerate spending in green-energy research so that alternative energy becomes cheaper and more efficient than fossil fuels. The solution to climate change need not punish the poor.